The ancients believed the Wedjat is Touch, Taste, Hearing, Thought, Sight, Smell and is the receptor of input. It contains these six senses to receive data and is the impulse in an electrical circuit that joins us to the cosmos through the weak electric fields of the brain and neurons in the body. Our bodies act like a transceiver connected to the wider cosmos via the electric fields of the planet and star via resonance. It is possible for God to remotely view through every living organism on the planet from afar, using the electric circuitry of cosmos joined by birkeland currents and the resonance of the electric field of your body - which the Lord Jesus Christ calls the Temple of God - The Living Body of true Christians.

The hieroglyphs which are sacred carvings from God, describe the electrical circuits conjoining us to the heavens and how that circuit influences the stars on a galactic circuit. The Wedjat below shows the relationship between the senses, or spirit life on our planet and how it will influence the galactic circuit at large. With the inner circuit shown by the hedjat and outer circuit by the deshret - inner and outer galaxy. 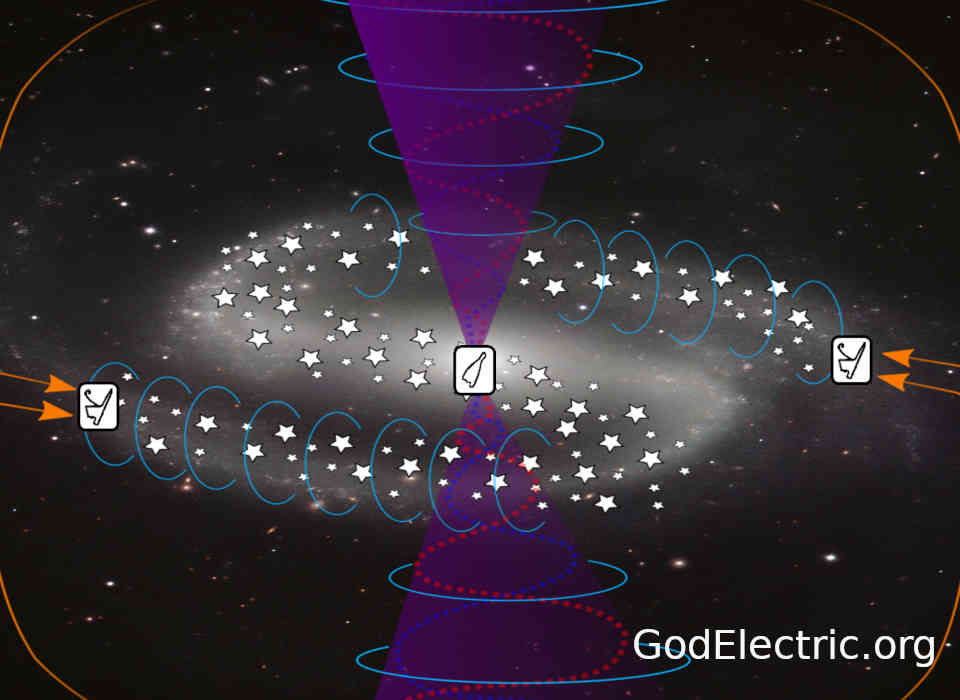 Again the wedjat is shown in Dendera above, located at the apex in the Sun maintaining the cosmic order with Thoth to the right, dictating the voltage to the sun. What we do on this Earth and how we behave can influence the electricity in the entire Galaxy and beyond.

God controls the electricity, we only stay as life in his heaven if we follow his will. If not the stars will be switched off and evil devoured. Read the Bible if you dont understand why this is.

Jesus Christ is Gods only begotten son upon the Earth, If you have followed the hieroglyphs thus far I suggest you forget the sacred carvings and understand spirituality of what is required by following his way upon the Earth. Please view the Christianity section of this website and you realize quite how the situation is...

2 Thessalonians 2:4 Who opposeth and exalteth himself above all that is called God, or that is worshipped; so that he as God sitteth in the temple of God, shewing himself that he is God.

Today evil workers of iniquity have entered the Temple of God, the Temple which is also described in both the Bible and by the Wedjat. They can implant thoughts, visions, smells etc electronically to deceive their fellow man in order to worship the deceiver - Satan. The Bible and Christianity fortold this event ending with the return of the Lord Jesus Christ and the Black Sun. The shutting down of the electrical circuits powering our star, see Lucifer, God's Angel who is called the light bearer for further information.

The position of the Wedjat above all in "Egyptology", as the senses or spirit defines the Spiritual realm being what is controling the Physical realm in this universe - and it is done Electrically.

Jesus Christ is Lord, the only way to understand the spirit of the one true God in heaven, is by understanding the way of his only begotten son on Earth, the Lord Jesus Christ. The spirit realm on this earth will dictate the physical realm, therefore the Black Sun is inevitable as long as this planet and mankind chooses darkness, harbouring satanism/deception and evil.