Known as the Famine Stela the inscription has nothing to do with a famine, it describes manipulation of the charge store of a planet by the collection and projection of negative charge. The hieroglyphs are written into natural granite cliff and contains 42 columns. The top part depicts the three Egyptian deities Khnum-Re, Satet and Anuket being given offerings by King Djoser.

The offerings refer to charge, gifted by the cosmos to the planet to support life on Earth. The ankh is used to display this meaning, of supporting life in the cosmos.

The text describes how negative charge from the cosmos, is directed to the celestial body for different functions. Khnum describes one function of storing surplus charge to create the plasma sheath protecting the planet and can be understood and read in further detail by translating column 12 below.

The cosmos created the underground structure with more than 5.7km of shafts, tunnels chambers and galleries. A central corridor and two parallel ones extend over 365m, connecting 400 rooms. These and other subterranean features surround one of the most complicated tunnel networks ever created on our planet below the pyramid itself.

Adjacent to Djoser Pyramid is a monument to Amun, describing cosmic rays as high energy plasma ejection or supernovae energy. The row of snakes with dilated hoods ready to eject venom symbolise a large solar ejection, the rectangular base means plasma. 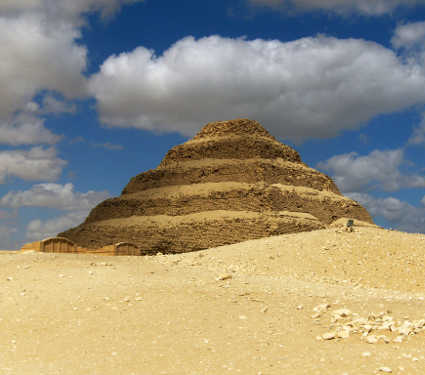 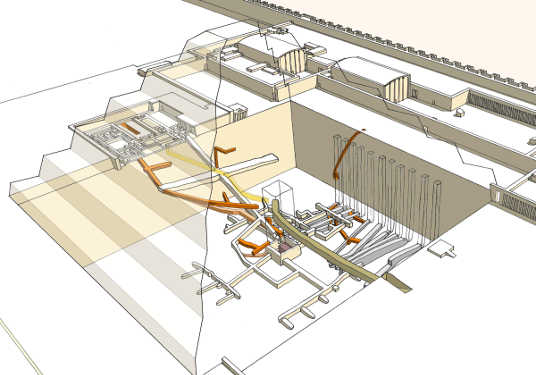 An example of how GodElectric hieroglyphs understand this text:

Column 12 therefore describing the method of 'scavenging' for negative charge in the cosmos, using projected birkeland currents and electric fields. The collected negative charge is then projected to a Pyramid to create a Khnum Sheath and surplus charge. There is also some inward movement injected.

Column 13 describing projection of electrostatic plasma waves (cosmic ray energy) to negative charge celestial body and its resonant magnetic field, this deposits a wave. The connection of negative charge supplied by the structured plasma of the cosmos as a birkeland current connection. Electric force of the anode watched, stable negative discharge.