The hieroglyphs found in the West Field of the Giza Plateau, explain the function of the Pyramids on the Giza Plateau. The overwhelming evidence for this understanding is only apparent using the true decipherment of electricity into the ancient hieroglyphs, decoded by GodElectric.org in 2013.

The hieroglyphs on the plateau go into great detail explaining both why and how an offering of negative charge was made to the Earth in order to support life. The flow of charge supports Earths Double layer, and corresponding electric and magnetic fields that shield us from cosmic rays and solar outbursts.

Below are examples taken from the Giza Plateau showing you the true meaning of the hieroglyphs on the Plateau deciphered by GodElectric.org: 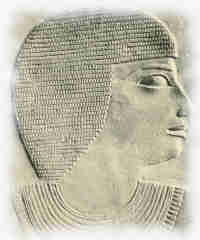 The GodElectric.org decipherment of electricity into the hieroglyphs, describes Akhetthetep as the gift of a resonant negative charge plasma offering, to maintain and increase the negative charge electric potential (of the earth).

From right to left the text describes transfering charge to the double layer of the earth using Pyramids:

As an example the basic GodElectric.org translation of the left column reads:

To understand in further detail the different processes required to charge the Earth are explained in what humans call 'Mastabas', but are in fact explaining the physics of charging the Earth...

Explaining the negative charge discharged through the (ionosphere) projected by God [Flag hieroglyph].

Traditionally Babaf was understood as "His Ba is Khnum" (Wiki), but using the GodElectric Hieroglyphs he describes the injection of electrical power into the Double Layer around the planet for store and consumption (supporting the magnetic field of the Earth).

Traditionally Duaenre was understood as (Wiki), but using the GodElectric Hieroglyphs he describes capturing oscilation of a stars electric force projection operation.